A very early photograph of the Palace of Westminster

On the whole and notwithstanding a few worthy exceptions, 19th century British gothic revival architecture is not to my taste. I find it overworked, artificial, graceless and fraudulent for its attempted identification with a pre-modern grandeur. From the perspective of the contemporary world it can seem almost twee, like a person who persists in dressing themselves in anachronistic clothing associated with an age of elegance and wealth. Dress yourself as an Edwardian today and the desired effect of elegance and ease is undercut by the absurd pretence. The Palace of Westminster, or the British Houses of Parliament as they are more commonly referred to, are a good example of this problem. The architecture presents itself as having adopted a pose of out-of-time grandeur - more theme-park pretending than real awe-inspiring presence.

Or so it seems to me. But then I encountered this undated photograph of the Palace and was able to see it in a new and, to me, very unfamiliar way: 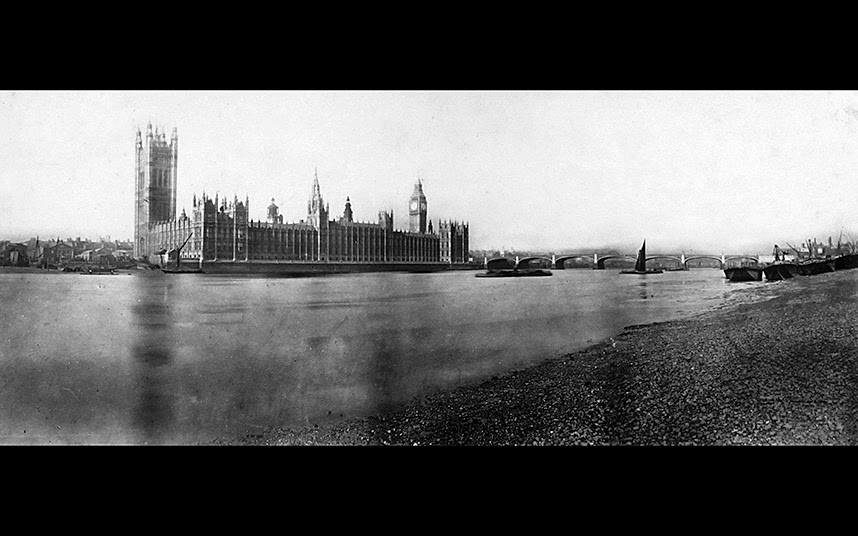 I don't know who the photographer was, or the exact date, though it is clear that it is close to the date when the building was being completed - so probably somewhere around the mid to late 1860s.

What I like about the image is the way the building dominates the north bank of the Thames. The angle is just right to obscure the towers of Westminster Abby across the road, and so it really does have the appear to be a truly monumental building.

If you don't see my point, do a Google image search for the Palace of Westminster. What you will find is a building that appears far more modest and tamed by its surroundings. Here are three chosen more or less at at random: 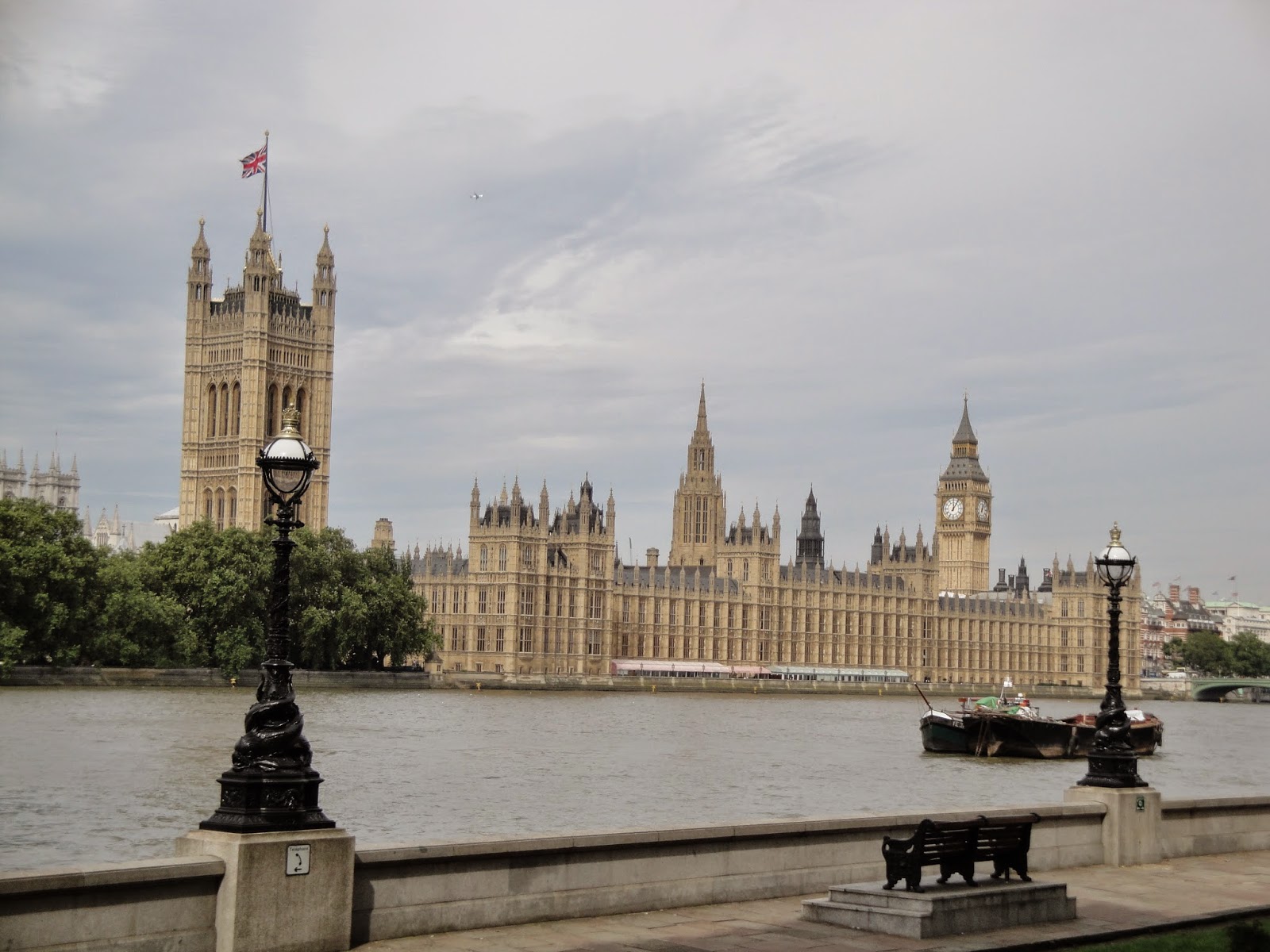 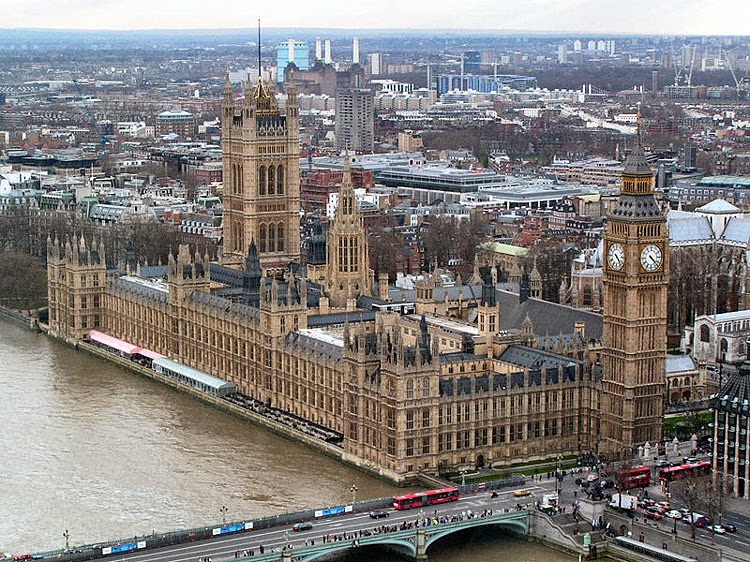 These latter pictures give us the building as we are familiar with it, but both seem to show a heavily wrought, complicated and very tame edifice. They show a building that far from having an authority rooted in age, is now a tired old thing ready for retirement.

(It was recently reported that the building is literally crumbling and requires billions of pounds of renovation work if it is not to simply collapse. There has been some discussion that it would be better to simply build a new parliament building. This seems to me to be a very good suggestion, for many reasons beyond my dissatisfaction with Barry and Pugin's pile. Another parenthetical note: if you do the Google image search recommended above, ask yourself why the vast majority of images are taken from the direction of Westminster bridge - or from the righthand side of the building from the perspective of the south bank of the Thames, and why do almost all of them give a prominent place to the rive? Its really strange how few images there are taken from the opposite sides.)

Maybe these aren't the best postcard images of the Palace, but I couldn't find any other image on Google that had the same powerful grandeur of the one from the 19th century, and which aroused in me a kind of awe at its presence. Its often said photographs can get us to see something familiar in unfamiliar ways, and this lovely 19th century photograph of the Palace did just that trick for me.

Posted by Emerson Sprocket at 08:38